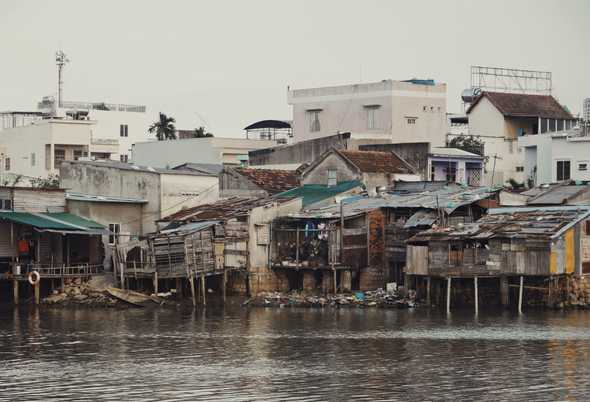 Photo by Jordan Opel on Unsplash

Why do people stay poor1

Poverty trap is a concept largely studied at the very beginning of many economic schools. Yet, in practice, out in world, it is hard to find real examples of its existence.

This is why the recent study from Balboni et al., "Why do people stay poor", from the London School of Economics and Political Science (LSE), is interesting. They found a candidate, analyzed it and concluded that there is indeed such thing as a poverty trap.

The study looks at a group of very low income households in Bangladesh elected to participate in a program by BRAC. The program transferred large assets (cows) to the poorest women in regional villages and followed their progress over a span of four years.

The study found that, in the specific case of these poor villages, the distribution of households productive assets was bipolar. Most of the households either had a determinate amount of assets - like livestock, poultry and land - or none. 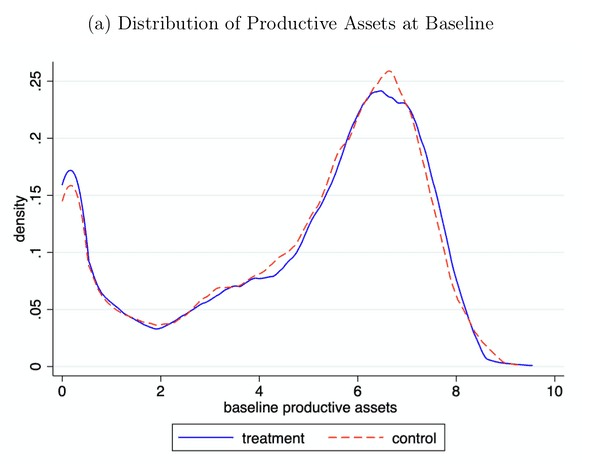 Distribution of productive assets at baseline1.

The study found a threshold that defines if a household would be capable of increasing income.

And poverty trap is a concept that can be applied to all levels, from small communities like those participating in the referenced BRAC program, to entire countries.

It is not surprising, then, that finding solutions is much broader, more nuanced challenge.

Kraay A. and McKenzie D.2, from the World Bank, exercised a more holistic approach to the problem. They conclude that the major force behind such traps is geographic isolation. Poor communities remain poor because they lack access to the information and resources necessary to break out of their condition.

Their proposed solution is, therefore, migration. And they go through the reasons why there aren't more people migrating.

But that is short from a solution. Rather a statement of one of many consequences of poverty. Migration is a sacrifice. Leaving all behind to start life over some place else is an insurmountable challenge in many cases. It is part of the problem of being poor.

And being capable of migrating is no solution to poverty neither. The migration crisis of 2015-16 is one clear example of the complexity of the issue.

Here, Barboni et al. shine too. Besides identifying the poverty trap, the paper goes further in an analysis of what could effectively bring households out of it.

They found that 71% of ultra-poor households would benefit from shifting from wage to production based revenue. 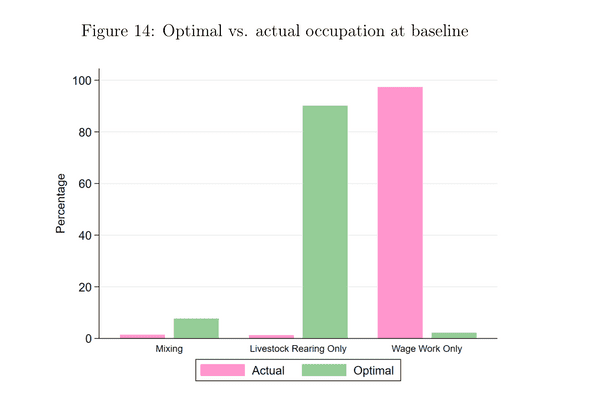 Optimal vs. actual occupation in households1.

Regardless of income, working for wages seems to diminish chances of escaping the poverty trap.

I'm Rodrigo Pinto. I create content with the purpose of providing value to you. You won't find ads or sponsored products here. If you enjoy my content, please consider supporting what I do.

How to choose between

Gatsby, Next and CRA